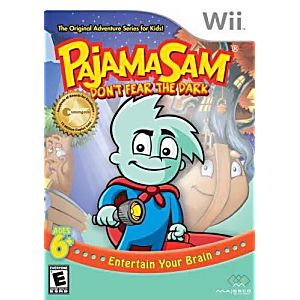 My mother is reading this book called “Abundance – The Future is Better Than You Think” by Peter H. Diamandis and Steven Kotler. She marked a chapter titled “Education” starting on page 174 and told me I would be interested in this. I am. If you’re interested in education, not just teaching, I think you would be too. In the last few and next few posts, I am summarizing the sections in this chapter so I can remember them and hopefully you will likewise find it interesting and provide your own insite on each section.

Video games aren’t as relaxing as watching TV. Many of them provide a constant learning curve or creative outlet. He explains how Pokemon can help teach young children to read because the game is designed for 5 year olds, but the reading involved is at a 12th grade level, requiring that a parent read allowed for the child until s/he gets the hang of it. “World-building games like SimCity and RollerCoaster Tycoon develop planning skills and strategic thinking,” (183).

Games can be incorporated into learning to teach fact-based subjects, visual coordination, creativity, collaborative skills, and more. They take students through the scientific method as a student is presented with a new problem, has to analyze and develop a hypothesis to deal with said problem, then test it out and take mental note of the cause and effect.

Some teachers have been using video games in the classroom. For example, “Jeremiah McCall…makes his students compare the battle depictions in Rome: Total War against the historical evidence,” (183-184). Lee Sheldon decided to use a game-based grading system where students come in on day one as level 0 characters and work to achieve level 12. This means that everything they do in the classroom gives them experience points to help them level up – just like in a video game. I actually had this idea when I was considering teaching middle school instead of high school. It kind of got shot down by a few peers (mostly because I shared it as a grain of an idea and not a full, thought-out plan), but this has certainly renewed my interest in that concept. I still think it would work better in middle school or lower, but maybe it would work with high school students. I could also ask my kids next year what they think about the idea and then share the idea with my peers here (who are a lot more supportive than my previous ones).

The book also mentions a school called Quest2Learn in New York. It is a public school founded by Katie Salen and it has a “curriculum based on game design and digital culture,” (184). I wonder how I can incorporate video games into chemistry and algebra. We have virtual labs that have “games,” and those do get some of the students more engages, but they’re not the same as an actual video game. This is certainly something I will want to look into more as the school year goes on while I lesson plan, but probably won’t be something that gets fully developed in my second year of teaching.

What do you think about incorporating gaming in the classroom?  What game-themed things would you be interest in trying or seeing in a classroom? Have you introduced any games as part of your lesson? How did it go?

Just your average badass who has overcome codependency, depression, anxiety, and is living life to the fullest with a career I love and am passionate about, a relationship that is super healthy and fulfilling, a great social life, and personal hobbies that I enjoy. I continue to work hard to improve myself and improve the lives of those I am fortunate enough to be around. View all posts by Brandy